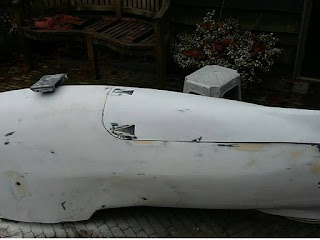 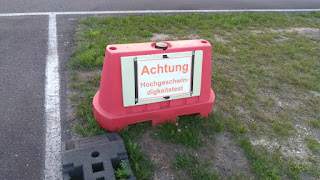 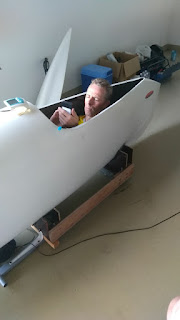 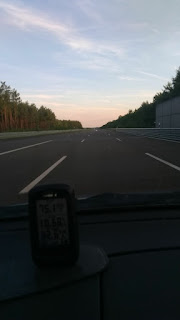 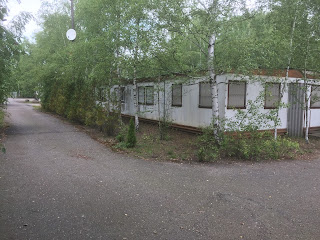 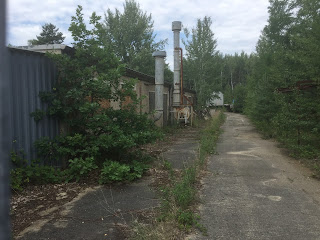 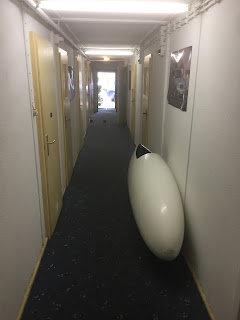 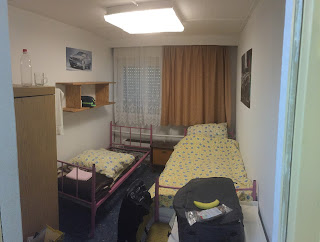 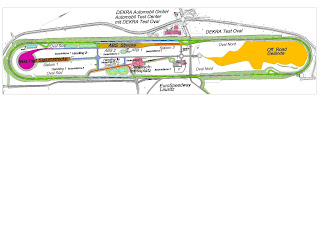 The day starts at about 8 with a copious breakfast in the cosy breakfast room. Fresh bread rolls, jam, honey, three kinds of sliced cold meat, five kinds of cheese, coffee, tea, boiled eggs and fresh fruit are consumed by the members of team Cygnus.

After finishing the meal we get some groceries for ourselves and we admire each others bikes. Around noon Pieter is getting a bit agitated and we take him to his fellow-countrymen. While enjoying a meal he settles down again. Afterwards Jan and Pieter are working on tuning the trike. The front service hatch is taped shut and the edges are rounded off with filler. We have a bit of leisure time and then we are off to the track for the meeting. We are ready!

After we have packed the car, we leave at 20 past 8 in the morning. The drive to Germany goes reasonably well. We can avoid a number of traffic jams by happily using alternatives offered by googlemaps. We arrive around 10 past 5 in the afternoon at our Capotel. 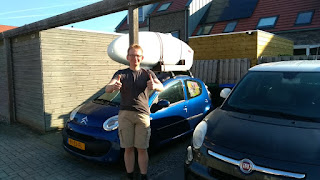 Pieter arrived about an hour and a half earlier and gives us a warm welcome. About 15 minutes later David arrives and team Cygnus is at its full strength. We take our residence in the spacious hotel. David resides in the honeymoon suite. Jan, Pieter and Jan-Marcel put up with an ample double room each. A modern kitchen and luxurious sanitary facilities are at our disposal. 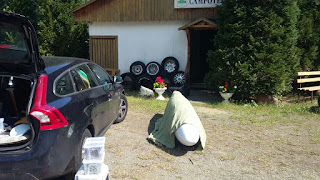 After extensive chatter, we go to an Italian restaurant in the neighbourhood. Pieter can no longer keep his Sicilian roots hidden. In fast Italian all kinds of greetings, gossip, recipes, and the latest Italian news facts are exchanged.

Several team members are at the DEKRA testtrack (Lausitzring) during this weekend. 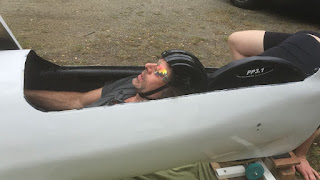 Pieter is ready for action. 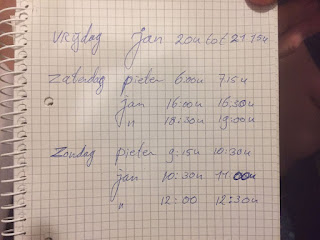 Cycle Vision
During Cycle Vision (24 and 25 June), some team members will be active.

DEKRA
Preparations for the record weekend at the Lausitzring (DEKRA 7th to 9th of July) are now in full swing. At the moment, the adjustments to the bikes are being finalized.

WHPSC
During the WHPSC in Battle Mountain (11th to 16th September) Cygnus team will not be present this year. Lack of training time and especially the high costs are debit here.
Gepost door Team Cygnus op 09:46 2 opmerkingen: